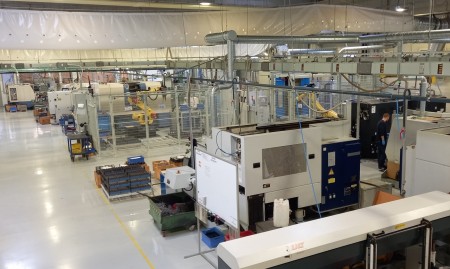 Kern d.o.o., a family-owned company from Kozina in Slovenia, has been writing a successful story since 1969, when it started producing components for sheet metal forming, plastic injection molding, and die casting tools. The small series production with a broad portfolio is mainly exported to the European market. Although a small company, they are characterized by innovation and adaptation to specific customer needs. In addition to a range of standard products, they also produce customized products, mostly tooling, which sets them apart from competitive players.
A large number of orders pass through production, with as many as 8,000 work orders per year, each requiring at least 10 different operations. As a result, they operate with a vast amount of data, received from as many as 30 different machines.

Company transformation in the face of Chinese competition

Three years ago, a major transformation took place in the company. Due to the market situation and the competitive prices of Chinese manufacturers, they decided to reduce their portfolio. A large number of products means a large number of different technologies, which are difficult to maintain. They started to digitize and abolished all processes that could not be automated. Production was digitized and machines were linked to software from a foreign manufacturer, which allowed production to be monitored and data to be collected from the production processes.

Although the software was of good quality, it was not well used, mainly because of technical support that was not available in the local market. Kern says that to solve problems quickly, they need responsive technical support that understands the needs and challenges of the user. In addition, they perceived a need not only to collect but also to process and analyze the data collected. The company, therefore, decided to look for a new solution. Just as with the previous software, they wanted to have quality control over the entire production process. A constant and clear overview of what is happening at any time at any location. In addition to quality data capture, they also needed efficient data processing and analysis. One of the most important criteria when looking for a new software platform to digitize their production was local technical support.
"Manufacturing is cost-intensive, you need to think rationally about what to invest in and then make good use of the software." - Vili Kern, Director

Partner Emrocon d.o.o. presented them with the zenon software platform

They met with Emrocon d.o.o., a system integrator, who introduced them to the zenon software platform from the Austrian company COPA-DATA. The official representative for the zenon software platform for the Slovenian market is EXOR ETI, which also provides responsive technical support to its customers.
Data capture is common, but it is most reliable to use a software tool such as zenon, which is specifically tailored for operational technologies. The company says that the advantage of zenon is that it can be upgraded according to the specific requirements and wishes of the company. Flexibility is the advantage of zenon.
At Kern, zenon software has been used to connect 30 different machines in production, enabling central control of production processes, machine operation, and anomalies. The transition to the new software platform was easy, without any loss of data. Terminals were also replaced and modernized and new web-based technologies for data display were introduced. The zenon software platform allows for the timely detection of any operational or production faults. They can now avoid bottlenecks and optimize production thanks to fast action. 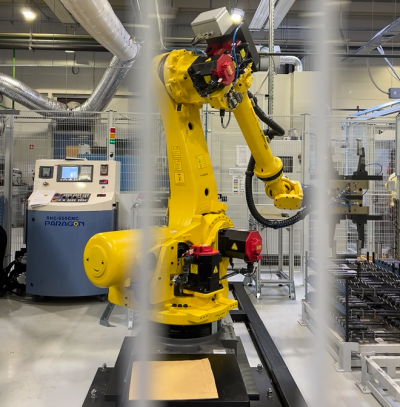 Figure 1: Robotic cell from which zenon data is extracted

For their type of production, it is important that the software is flexible

The company had high expectations when it started the zenon software implementation project, but these have now largely been met. They like zenon because the platform is flexible and can be customized which is proving to be a growing need in their industry. The zenon platform was upgraded with a MES system specifically tailored to Kern's production needs, in cooperation with their integrator, Emrocon d.o.o., which also took care of the entire implementation of the new system. 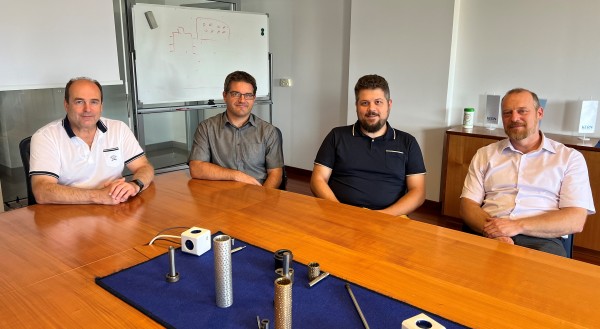 Currently, zenon captures data from 30 machines in production to detect anomalies and address and resolve them in a timely manner. This avoids production bottlenecks and losses. This is especially important for machines that are interconnected. If there was a jam on one machine before, there will be a jam on the other machines connected to it. With timely and reliable information, they can now take action to avoid delays in product delivery. With zenon, they were able to modernize and optimize their production processes.
The next step is to control the entire production with zenon. All the data generated will be analyzed and the automated reports will be used to make decisions on production processes.
The company is currently undergoing an intensive digital transformation, not only in production but also in support processes and sales (B2B portals) to improve the customer experience.

They are building their own machines, which are more efficient and faster than the ones they buy

Kern is driven by innovation, knowing that this is the only way to differentiate itself from its larger competitors. The series of machines available on the market are designed for general production. However, the machines do not exist for the innovations and processes that are introduced in the company and the specifics of production. Therefore, the company itself builds a machine for its own production that is tailored to its specific requirements. They say that such a machine can be up to five times faster and more efficient than a bought-in machine. For example, they have built a machine that performs three tasks at once instead of one. The machine's operations are optimized and productivity is greatly improved.

The future goal is to run the entire production with zenon

Kern says that they are still at the beginning of their journey with zenon and that their goals for the future are big. For the time being, they are using zenon to plan and monitor production efficiency, but in the future, other modules will also allow data analysis and thus integrated production management. The ambition is also to connect the autonomous robotic cells to a single platform through which all processes can be controlled, possibly also via mobile phone. They believe that this path will be made easier by a successful collaboration with their partners in the project.

For all the information about zenon Software Platform please contact copadata@exor-eti.si.

Subscribe to our Newsletter and stay up to date with our events and other news.